From wikipedia, general is aÂ four-star general officer rank. And in an “invisible world”, general mean an income level. 4 stars mean 4 digit USD income, more than $1000 in a month. 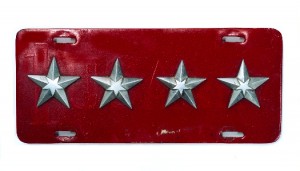 Yesterday, i met someone who has been reach general level. But he didn’t tell me his real income. It can be $1001 – $9999. He share about his journey until reach it. More than USD $1000 is come from his laptop.Â And i was surprised, his income is from internet. He make an business model which i never think about it before. He said that ‘general’ is just 2% from his goal.

Now, i just three-star. And when will i can get five-star? or six-star? or seven-star? even infinite-star?